Discovering San Pietro in Bevagna and its surroundings 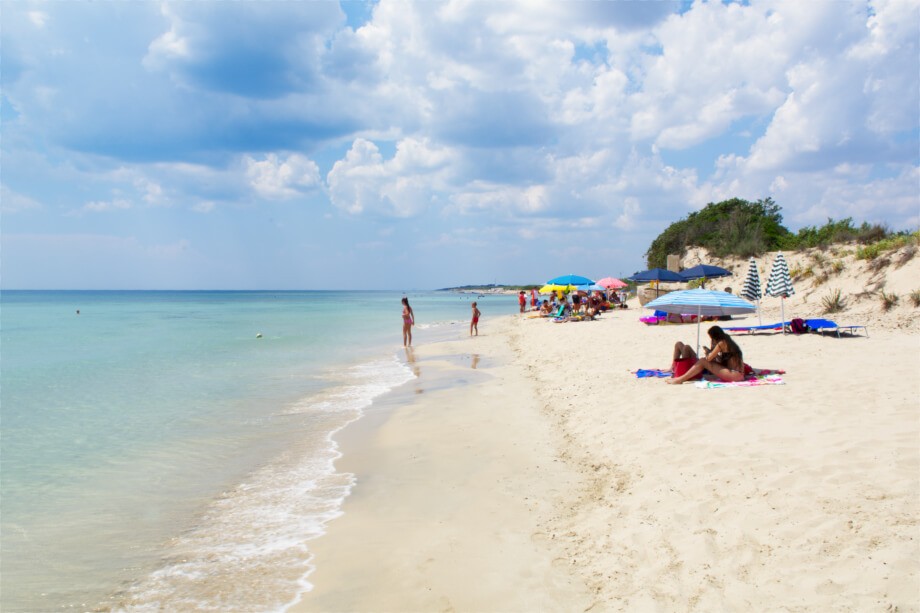 San Pietro in Bevagna and its history

Seaside village on the Ionian coast of Salento, it boasts the most beautiful and wild beaches of Salento characterized by soft white dunes, Mediterranean scrub and a long sandy coast among the most pristine and beautiful in the world, for this reason it is the favorite destination for families with children and of those in search of comfort. Legend has it that the origin of San Pietro in Bevagna is linked to the history of the apostle Peter, forced to land in this location during a storm in 44 AD. Once Peter arrived, he thanked the Lord for his escape but, remembering that he had denied him, he cried so much that his tears generated the small river Chidro that flows, in fact, to San Pietro in Bevagna. According to this popular belief, the first inhabitants of the small urban settlement called the locality San Pietro in Bevagna.

A town of Messapian origins, as testified by the megalithic walls and the 2,500 tombs of the Parco Archeologico found in the largest Messapian necropolis ever discovered. We recommend visiting the historic center dotted with narrow alleys, the Chiesa Madre, the Quartiere ebraico and the many noble palaces full of history; do not miss the Fonte Pliniano, which takes its name from Plinio il Vecchio who describes this well and the source of water in his work Naturalis Historia.
Manduria is also a synonym of Primitivo di Manduria DOC, a wine famous all over the world and produced exclusively in this area where there are many wineries offering food and wine tastings and guided tours. 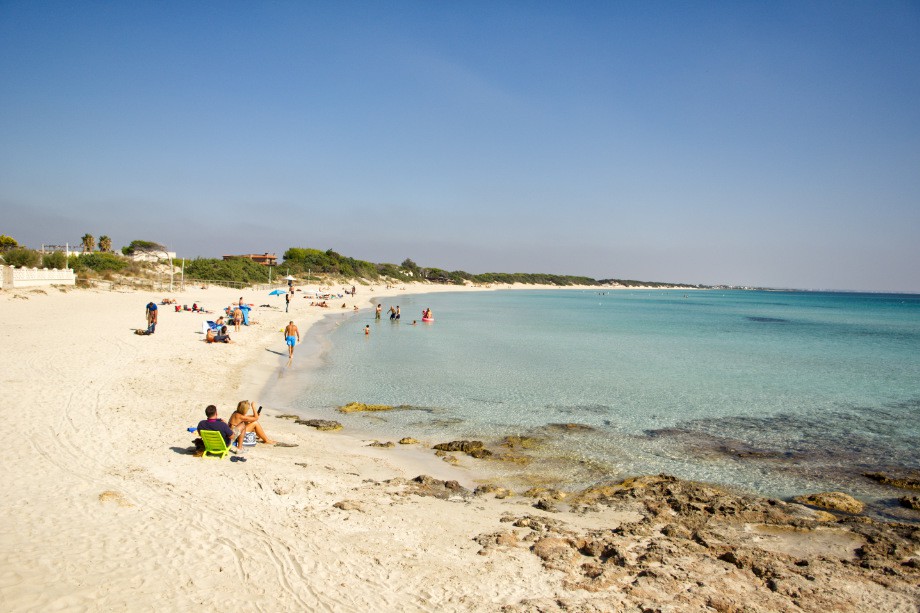 Staying along the coast and moving a few kilometers away by car, is a must visit the seaside village of Torre Colimena, which takes its name from the coastal watch tower dating back to 1500, and Salina dei Monaci which together with the Dune Costiere, the Fiume Chidro (much appreciated by those who practice scuba diving), the Palude del Conte and the Bosco dei Cuturi and Rosa Marina, make up the Parco Naturale del Litorale Tarantino Orientale that develops between the coast and the hinterland of the municipality of Manduria.
Punta Prosciutto is well-known for its white sandy beach and particularly clear sea with shallow waters suitable for children, but it is also appreciated by those who practice windsurfing and diving. 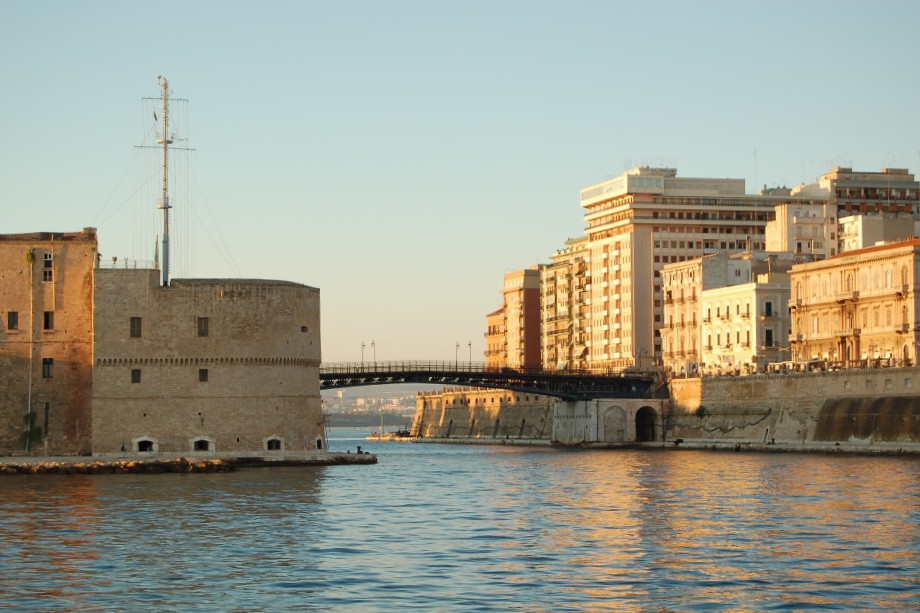 Capital of the ancient Magna Graecia, it is called the city of the two seas because it is washed by the Mar Grande and the Mar Piccolo. Taranto has been the protagonist of important historical events because of its strategic position. At the National Archaeological Museum Marta you can admire the famous Ori of Taranto, refined productions of local goldsmith's art and an immense collection of archaeological finds from all over the province. Impressive are the churches of different eras and styles such as the Cathedral of San Cataldo built between the Romanesque and the Baroque and that of San Domenico.
The old and new cities are connected by two bridges: the stone bridge, built after the 1883 flood and the revolving bridge inaugurated in 1887, both large works of mechanical engineering. 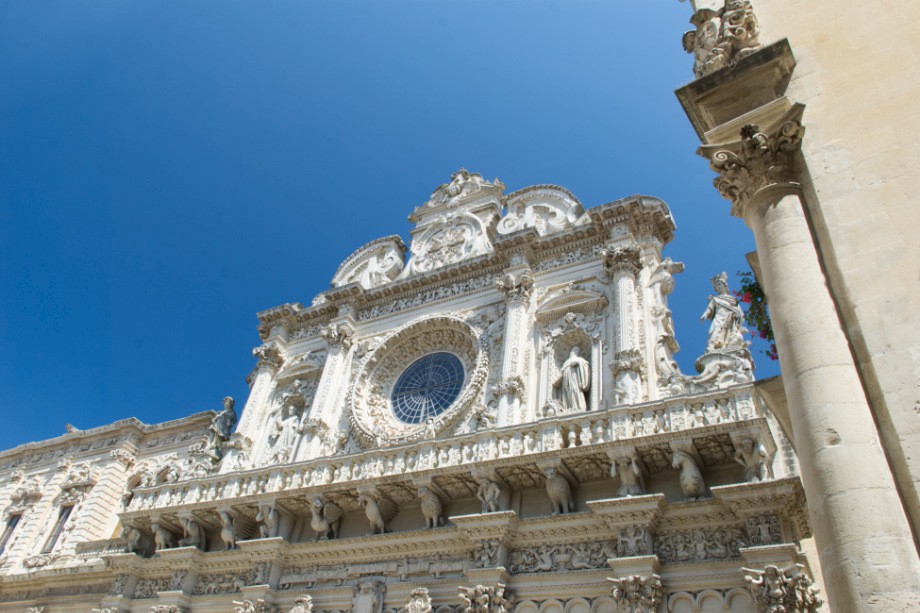 The capital of Salento, Lecce is famous for the splendor of its baroque that can be seen in the portals of the palaces and in the facades of many churches, first of all the Basilica of Santa Croce, which wind along the streets of the historic center.
Otranto, the city of the Martyrs is a jewel of Salento, a place rich in history, art and culture and a territory characterized by unspoiled nature and beautiful beaches.
Extreme flap of Puglia and Salento, Santa Maria di Leuca also called De Finibus Terrae (on the edge of the earth) is famous because you can admire the line of demarcation between the currents of the Adriatic Sea and those of the Ionian Sea in a surreal show, the innumerable natural caves and the homonymous sanctuary. 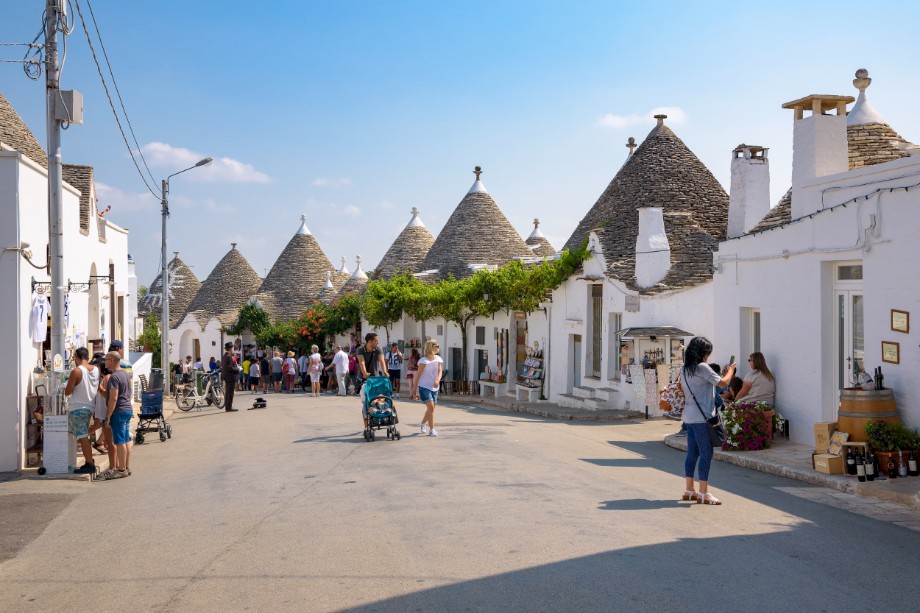 If you want to take a longer walk from San Pietro in Bevagna, you can reach Valle d'Itria, a corner of paradise in the heart of Puglia.
A green valley dotted with a multitude of Trulli and Masserie surrounded by vineyards and olive groves bordered by dry stone walls and extended as far as the eye can see in the Murgia hills.It is easy to reach the heart of charming villages such as Alberobello, Locorotondo, Martina Franca, Cisternino, Ostuni and many others where you can immerse yourself in culture and traditions, get lost in the flavors and smells because the Valle d'Itria is an area rich in specialties. both at an enogastronomic and cultural level.

All our rooms, as well as being sanitized with detergents in accordance with HACCP, are Purified and Sanified with Ozone, an innovative sanitizing method that determines the removal of spores, bacteria, parasites and viruses to a greater extent than any chemical product.